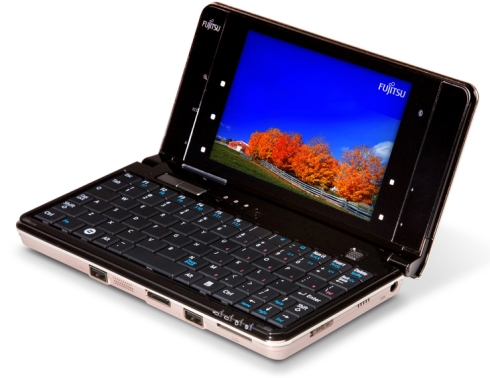 The Fujitsu Lifebook UH900 is a tiny little machine with a 5.6 inch, 1280 x 800 pixel HD multitouch display. It looks a lot like a netbook, if one were shrunk down to half size. The keyboard is about 75% that of a full sized keyboard though, thanks to a rather large bezel on the sides of the display. You might even be able to touch type on it if you have tiny fingers.

I got a chance to check out the Fujitsu Lifebook UH900 at CES, and it’s a nifty little device, although I don’t think I’d have that much use for it — especially not with a price tag that’s 2 to 3 times higher than that of most netbooks. But Fujitsu is targeting the UH900 at niche markets such as health care where the ability to carry a fully functional computer in your coat pocket could come in handy.

You can check out my hands-on video with the UH900 and Fujitsu’s latest netbook, the MH380, after the break.

via Engadget and Pocketables