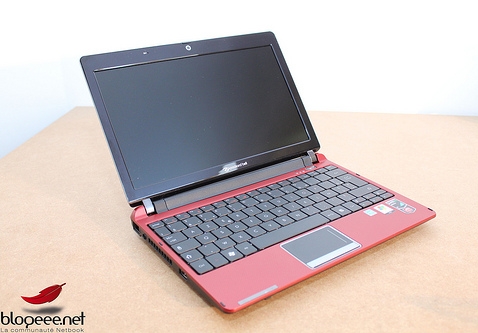 The Packard Bell Dot M/A is an 11.6 inch laptop that looks an awful lot like an Acer Aspire 1810. And that’s because it basically is an Acer Aspire 1810 with a different name. Acer owns the Packard Bell brand. But there’s one major difference: Unlike the Acer model, the Packard Bell Dot M/A is available with either an Intel CULV processor or an AMD Athlon L110 chip. And two different European bloggers has gotten their hands on one of each. Update: Turns out I was mixing up the Dot M/A and M/U. The M/A has an AMD processor, while the M/U is based on CULV.

First up, Netbookwereld has an unboxing video of the Packard Bell M/U with the Intel chipset. This model has an 11.6 inch, 1366 x 768 pixel display. an Intel Pentium SU4100 dual core CULV processor and GMA 3500MHD integrated graphics. It has 4GB of RAM, a 320GB hard drive, VGA and HDMI outputs, and 3 USB ports.

Meanwhile, Pierre from Blogeee snagged the AMD-powered Packard Bell M/A, and he’s posted a ton of photos. Physically the two notebooks appear to be pretty much idential. The primary difference is that the AMD version has an Athlon L110 processor and ATI Radeon Xpress X1270 graphics.