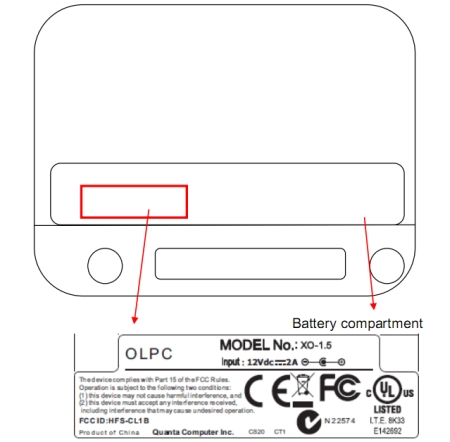 The XO 1.5 laptop from OLPC is basically an incremental update to the original XO Laptop. The new model replaces the AMD Geode processor with a faster VIA C7-M CPU, but that’s the most significant change.

This week the XO 1.5 hit the FCC, confirming that the laptop supports 802.11b/g WiFi. It also has 1GB of RAM and 4GB of flash storage space. The VIA C7-M processor comes with VIA’s Chrome9 graphics.

As far as I know, there are no plans to sell the laptop directly to consumers at retail. The whole idea behind OLPC is to provide low cost laptops to students in the developed and developing world. But it’s possible that the appearance of the XO 1.5 on the FCC web site is an indication that it could be available in the US in one form another.