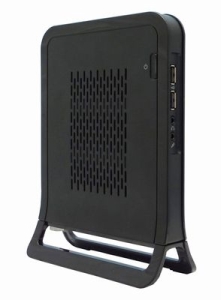 Japanese company Mouse Computers has been putting out mini-laptops for a little while. Now the company is adding another min-PC to its lineup, this time a nettop. And while the Mouse Lm-mini20 is a bit larger than you might expect from a company called Mouse, it’s still pretty small by traditional desktop standards. It also does a much better job of playing 1080p HD video than either a computer mouse or the furry kind, thanks to the built in NVIDIA ION graphics.

It sells fro the equivalent of about $376, which makes it pretty cheap by Japanese PC standards. i don’t expect to see it in the US anytime soon though.