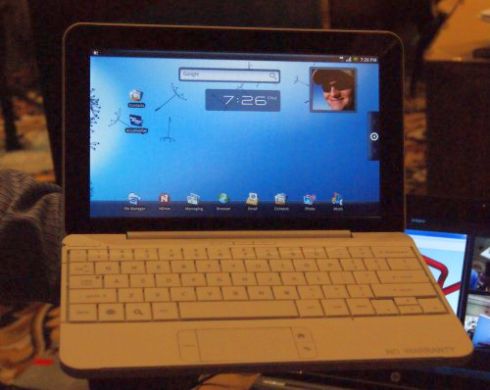 It must be getting harder to claim historic firsts in the smartbook space, because while Lenovo introduced the first smartbook with a Qualcomm Snapdragon processor this week, HP is introducing the first Snapdragon based smartbook running Google Android. That’s the main difference between the unnamed HP netbook and the Lenovo Skylight. Well, that and the fact that the Skylight is due out in April, while HP hasn’t actually committed to bringing anything to market yet. It’s just showing off a prototype.

The device has a 1GHz ARM-based CPU with integrated 3G and WiFi. And because it runs Android, it’s capable of running thousands of third party apps, unlike the Skylight.

You can check out a video of the HP prototype at Laptop Magazine, or check out jkkmobile’s hands-on video after the break.

3 replies on “HP shows off smartbook prototype with Snapdragon, Android”