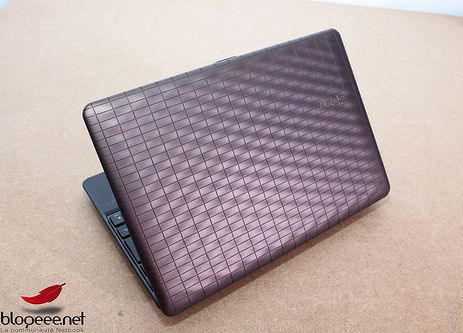 The 1008P Karim Rashid edition has a distinctive design that comes in a handful of colors including pink, brown and black.

I got a chance to check out the Karim Rashid netbook at CES, but Pierre at Blogeee has gone a little further and posted an unboxing video and photoset showcasing this designer netbook, along with some battery and performance test results

Pierre’s review unit is a brown model which he says is completely fingerprint-resistant.

For the most part, the layout of the netbook is exactly the same as the original Eee PC 1008HA. But Pierre has confirmed that there’s a spot on the bottom of the laptop that lets you access the battery — something you can’t do on the 1008HA. The notebook also seems to get decent battery life, with up to 5 and a half hours of run time with WiFi enabled.

You can find more details and tests results at Blogeee.