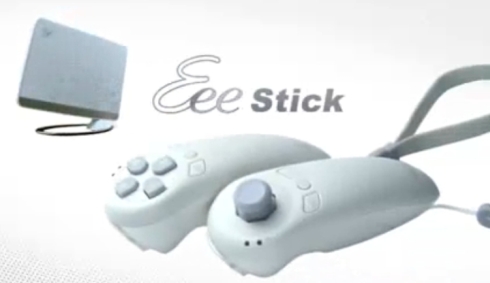 Word on the street is that Asus is thinking about shutting down Eee Stick production. It wasn’t all that long ago that Asus was touting these little Wii-mote like motion-sensing PC controllers as the next big thing in interacting with games and other PC applications. But demand for the Eee Stick has apparently been rather cool, because DigiTimes says that due to “unsatisfactory shipments and profits” Asus is contemplating eliminating the department that handles the Eee Stick.

No big surprise there. While I know plenty of people that have bought laptops or netbooks from Asus over the past few years, I’ve never seen an Eee Stick in the wild.

What’s a bit more surprising is that DigiTimes reports Asus is also thinking of shutting down its LCD TV and monitor product lines.

Of course, the article also says that Asus has denied plans to kill off any of these department, so let’s take this all with a grain of salt.

You can check out a promotional video of the Eee Stick in action after the break.

2 replies on “So long Eee Stick, we hardly knew ye”