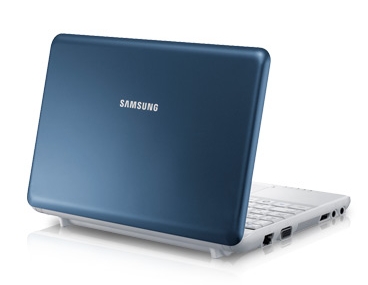 Asus may have been the first company to launch a consumer-oriented netbook, but Acer has been the market leader for much of the past two years. Still, Asus has been hanging on to second place and continues to innovate in the netbook space. But DigiTimes reports that Samsung is poised to surpass Asus in terms of the number of netbooks shipped in 2010.

The numbers aren’t precise, but apparently Asus expects to ship about 6 million Eee PC branded netbooks next year, while Samsung could ship around 7 or 8 million netbooks. The company has been busy introducing new models including the recently launched Samsung N130 and N140 Intel Atom N270-based netbooks, and the Samsung N510 with NVIDIA ION graphics. It also looks like Samsung is preparing a few new models which may be ready in time for CES.

Acer is expected to hold on to its lead by shipping about 12 million netbooks next year.

Of course, computers are just a small portion of Samsung’s overall business. The company also makes a wide range of electronics including televisions, set-top-boxes and mobile phones, while Acer is primarily a PC maker.

8 replies on “Samsung to surpass Asus in netbook shipments?”