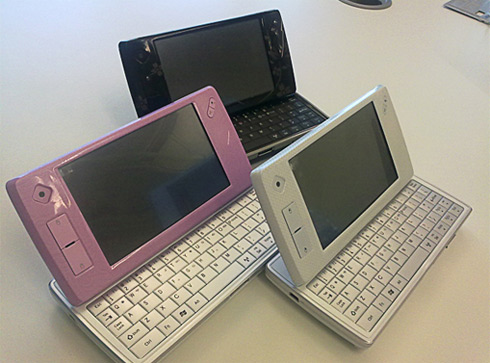 I admit it: the PsiXpda looks pretty damn sexy over on ReadWriteWeb’s post this morning. But – as is the case with so many sexy things – it just costs too damn much money. Also, I’m pretty sure there already was a PsiXpda. Yep, here’s a picture of one that was made way back in 2005.

The RWW lead compares it to the recently scuttled Crunchpad (which was also going to cost too much), but most Liliputing readers would see this more as a competitor to the Sony Vaio P or newly-announced Fujitsu UH900.

Here’s what I’ve gleaned about the PsiX internals from their website:

Did I mention the 5″ screen? I hope so. Honestly, you’d have to strap me to a chair, pry my eyelids open, and play classical music in a loop in order to get me to use Windows XP on a 5″ screen. I don’t care if the PsiXpda is touch-sensitive. How, exactly, am I supposed to accurately tap start menu items in Windows XP when they’re less than half the size of my fingertip?

I’m sure there will be some people out there who would pay $830 for the PsiXpda. Those people are called suckers, and P.T. Barnum said there was one born every minute.

Hey, maybe there is a market for this thing after all!