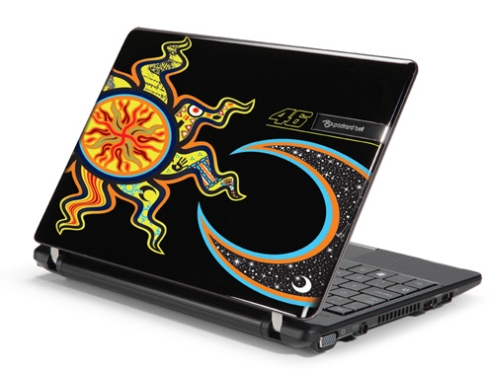 Sure, it’s what’s on the inside that really counts. But if you’r the superficial type that likes to judge a netbook by its cover, Packard Bell’s got a real looker for you. Notebook Italia dug up some photos of a new Packard Bell Valentino Rossi edition of the company’s dot notebook.

Unfortunately there are pretty much no details on the specs. The notebook does look like a dressed-up version of the Packard Bell Dot M/U, which in turn is a rebranded version of the Acer Aspire 1410. So I’m guessing you get an Intel CULV processor, GMA 4500MHD graphics, and a reasonable amount of memory and hard drive space as well as a 11.6″ display. But that’s just a guess.