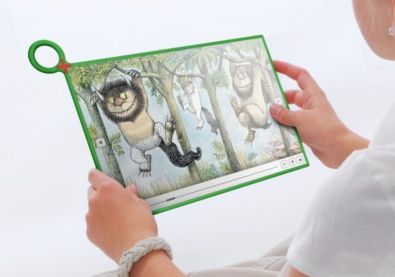 It’s probably not going to happen. Let’s be honest about that. As we’ve previously mentioned, Nicholas Negroponte’s newest vision for a next-generation educational computer isn’t a laptop, it’s a touchscreen tablet that will use less than 1W of power and cost $75. That already seemed pretty unrealistic, but now that I’ve seen the concept images Forbes published today, I’m even more skeptical.

But that doesn’t mean that XO-3 project is completely doomed. While the original XO Laptop never reached the promised price of of a $100 laptop, it did show that you could build a usable mini-laptop for extraordinarily low prices and the project inadvertently sparked the netbook revolution.

It’s possible that by establishing a 2012 goal for a $75, dead-simple tablet, Negroponte and friends could again inspire mainstream PC makers to change the way they think about low cost computers. In fact, the entire project is going to be open source, including the hardware design. As Negroponte tells Forbes, the OLPC group doesn’t even need to be the ones to build the XO-3 to consider the project a success. They just “need to threaten to build it.”

The latest plans for the Xo-3 involve a durable, plastic tablet that has very few controls aside from the touchscreen display. Basically you’d see a huge screen surrounded by a thin green plastic frame. It would be made of durable plastic, feature a waterproof design, and a high power processor. It would be thinner than an iPhone and you might be able to use an inductive charging device to charge the battery without a cord. The laptop will likely use a Pixel Qi display that can function both as a full color high resolution display and a high contrast, or in a high contrast, low power ePaper mode for reading eBooks.