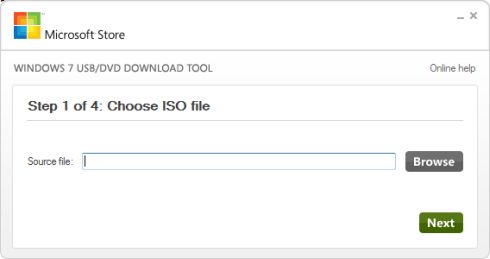 Microsoft wants Windows XP and Vista users to upgrade to Windows 7. That’s kind of how the company makes money. But historically Microsoft has sold its operating systems on optical discs (and floppy disks back in paleolithic times). And netbooks, as you may know, generally don’t come with optical disc drives. So how is a Windows XP netbook user supposed to upgrade to Windows 7?

Sure, you could always buy a USB DVD drive. But last month Microsoft launched a better solution: A utility that allows you to download and install Windows 7 on a netbook using a USB flash drive. There was just one problem: The tool violated a GPL license by using improperly using open source code. Basically the problem wasn’t that Microsoft used the code, which is of course available for pretty much anyone to use. That’s what makes it open source. It’s that Microsoft then tried to issue new licensing restrictions on software that used that code. And that’s a big no no.

So Microsoft removed the Windows 7 download/installation utility. But after a bit of retooling, it’s back, and somewhat clunkier than ever.

Basically, now you have to download several different files including the installer, .NET framework, IMAPI, and Bootsect.exe. Previously they were all bundled together and although they technically remained separate applications that were launched by a command line, they were presented as a single utility which is why Microsoft added its license to the whole package. By separating out these applications, Microsoft can apply a more restrictive license to these programs while releasing the USB installer tool as an open source utility.