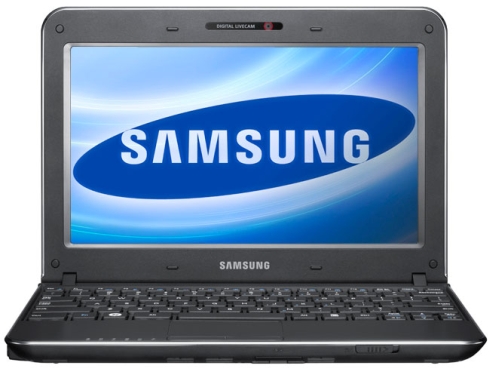 I haven’t heard anything from Samsung about any new or upcoming netbooks with Intel Atom Pine Trail processors. But French retailer Rue de Commerce is selling a new model called the Samsung N220 which appears to be an updated version of the Samsung N140. The main difference? the new model has a 1.66GHz Intel Atom N450 processor.

The standout feature for me isn’t the CPU so much as the 11.5 hour battery life claim. Of course, it’s the new low power CPU that makes this possible, but I’ll be very curious to see how long this computer can run under real-world conditions. According to the spec sheet, it should get about 7.5 hours of run time while playing videos, which leads me to believe that you’ll actually get somewhere between 7 and 11 hours in most situations. That ain’t too shabby… if it’s true.