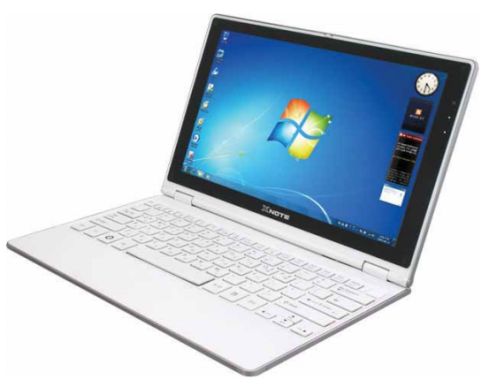 It must be mini-laptop week at the FCC. Yesterday morning, we told you that Toshiba and Sony had recently filed documents with the FCC for the upcoming Toshiba Mini NB300 netbook and an updated version of the Sony Vaio Mini W. Now there’s word that LG is working on its first 11.6 inch notebook with an Intel Atom processor.

The FCC is hosting a series of documents related to the new X30, which LG has yet to officially announce. That includes a user manual, external photos, and a number of shots of the computer’s innards. It’s always nice when the pros crack open the case and peek inside so you know what to expect without actually having to purchase one yourself.

The notebook weighs just 2.1 pounds with a 3 cell battery. It has an 11.6 inch, 1366 x 768 pixel display, a solid state disk, 802.11b/g/n WiFi, and Bluetooth. There are no specifics about the Intel Atom processor. The touchpad supports multitouch gestures such as pinching to zoom.

You can check out a few more photos after the break, but the promo shot above looks a lot sexier than the images snapped in a poorly lit room for the FCC tests.