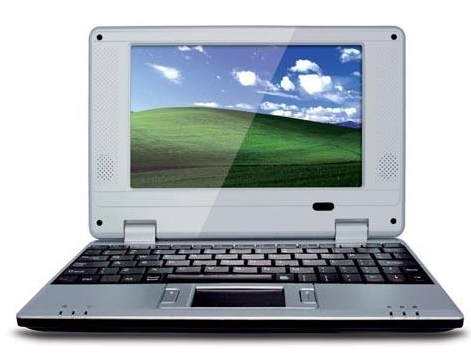 The last netbook I saw from CherryPal was the 10 inch CherryPal Bing launched in early 2009. It was pretty much a me-too netbook with your usual specs including a 1024 x 600 pixel display and an Atom N270 CPU. But now CherryPal is back with two machines that really do stand out from the crowd.

First up is the CherryPal Africa, which the company is selling for just $99. What can you get for under a hundred bucks? Not much.

The Africa features a 7 inch, 800 x 480 display, a low power 400MHz processor, and either Linux or Windows CE. The laptop has 256MB of RAM, 2GB of storage space, 802.11b/g WiFi and an 1800mAh battery. Despite the Africa name, I’m pretty sure this machine is a rebadged version of one of those cheap Chinese mini-laptops that we’ve been seeing pop up time and again for the last year or two.

Still, $99 is a pretty good price if you just want a portable machine with a web browser, WiFi, and keyboard.

The Bing weighs about 3 pounds and has a 5 hour battery.

14 replies on “CherryPal launches a $99 netbook”