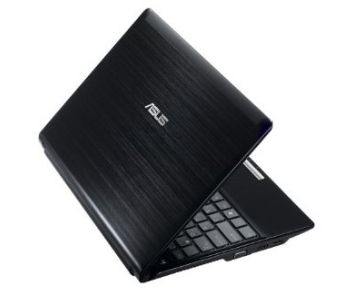 The Asus UL30VT is a 13.3 inch thin and light laptop with switchable graphics. That means you can either use the integrated GMA 4500MHD graphics chipset when battery life matters more than performance. But you can turn on the NVIDIA G210 discrete graphics processor with 512MB of DDR memory when you need a boost for playing 3D games or other GPU-intensive tasks. And the Asus UL30VT is now available from Amazon for $799

I don’t spend a lot of time covering laptops with screens larger than 12 inches on this site. But ever since I reviewed the Asus UL30A people have been asking about the UL30VT. The UL30A is basically the same computer, except that it doesn’t come with the dedicated graphics option. I was pretty impressed with the computer I reviewed in terms of overall performance, aesthetics, and keyboard layout.

Most of all, I was impressed by its battery life. I was able to get nearly 10 hours of run time. Clearly, you’ll lose some battery life if you use the UL30VT with the discrete graphics for extended periods. But aside from the GPU, the new model is pretty much the same as the notebook I reviewed, which bodes well for things on the battery front.

Of course, if 13.3 inches is still too large, you can also pick up a 12.1 inch Asus UL20A. But that model ships with a lower capacity battery, less RAM and hard drive space, and no option for discrete graphics. On the other hand, it’s significantly cheaper, running just $609

. And Amazon is still running a promotion allowing you to snag a $75 gift card

when you purchase the UL20A. In fact, I picked one up for myself a few weeks ago because the effective price of just over $500 was too good to pass up. (The computer was selling for about $30 less when I ordered it).

You can also pick up the Asus UL30A with integrated graphics only for for $691.55 from Amazon