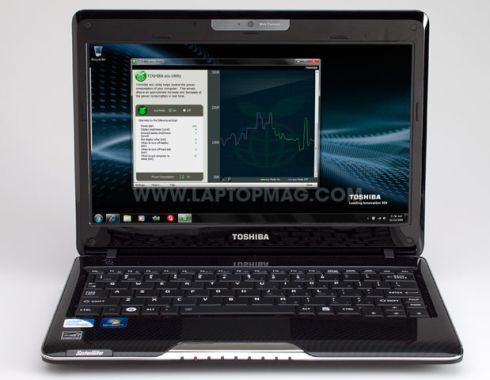 The Toshiba Satellite T115 is the first 11.6 inch laptop from Toshiba to use an Intel CULV processor. It goes head to head against similar laptops from Acer, Asus, Dell, HP, Lenovo, and others. I’m hoping to get my hands on a demo unit soon, but those crazy kids at Laptop Magazine have beaten me to the punch with a detailed review of the Toshiba Satellite T115 thin and light laptop.

The long and short of it is that this isn’t the most powerful notebook in this size, and it doesn’t get the best battery life (although 7+ hours ain’t nothing to sneeze at). But it’s reasonably priced and fairly well designed, although Laptop suggests that the keyboard could be a little wider. The single core Intel Celeron SU2700 CPU isn’t as fast as the dual core processors found in competing laptops such as the Asus UL20A or Acer Aspire 1410/1810T. But it outperforms the average netbook.

For more details and photos, make sure to check out Laptop’s complete review.