But netbook owners aren’t totally out of luck when it comes to gaming, you know. We’ve got a whole suite of older games at our disposal, for one thing; many of the hottest games from even three or four years back run just fine on a machine with a 1.6 GHz processor, 1GB of RAM, and no dedicated video card. And thanks to the internet and other wonderful technologies, you can take your pick of older titles via services like GameTap or GOG.com.

But that’s not what I came here to tell you about. I came to talk about five recent games that your little road warrior can handle. 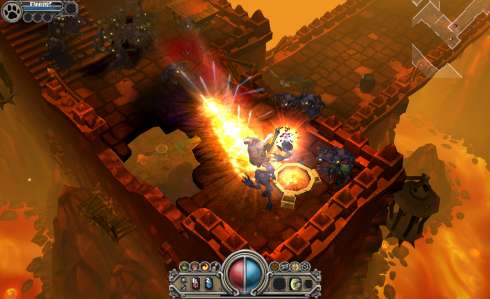 If you’re old enough to remember Diablo, the concept of Torchlight will be very familiar: Create a character, equip him or her with fantasy weapons, armor, and gear, and hit the dungeons to bash the crap out of waves of nasty creatures.

The hack-and-slash RPG is certainly nothing new, but Torchlight’s gorgeously cartoony art style and slick production values bring a breath of fresh air to the genre. And once you’ve spent some time digging into the game, you’ll discover that the character progression is astonishingly deep and varied, more so than what anyone has any right to expect from the simple, click-kill-loot-repeat gameplay.

You won’t find much to write home about in terms of the story, sure. But once you’ve gotten a taste of what the game offers in terms of character development, enemy evolution, and new areas to explore, it becomes astonishingly difficult to step away.

“But the game just came out last month!” you say. “Surely my lowly netbook can’t possibly handle it!” you say. Get this: Not only does the game run fine on most netbooks, it actually includes a special “Netbook Mode” toggle in the options screen that optimizes the game for underpowered machines. All that, and it’s only $20.

You can grab a demo from the official site, and unlock the full game via PayPal or Google Checkout. So on top of everything else, it’s convenient!

4. Puzzle Quest: Challenge of the Warlords 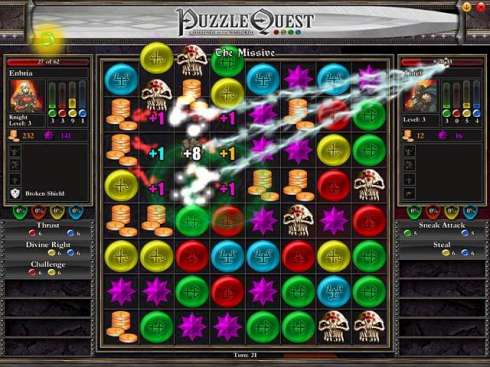 In researching this post I promised myself I wouldn’t cheat by loading up the list with puzzle games. You all know Bejeweled and Peggle will run on your machines; you don’t need me to tell you about them. So I decided I’d only allow one of these five slots to be filled by a puzzle game, which made things a little more interesting.

When it came right down to it, though, the choice was obvious: Puzzle Quest. At first glance, this fiendishly addictive game appears to be an awkward mix of genres, and it seems like a barely-disguised knockoff of Bejeweled. But neither of these things is true.

You may not be able to tell from screen shots, but Puzzle Quest is at its heart a role-playing game. It employs many of the standard RPG tropes like hit points, leveling characters, and a magic system. The story sends you gallivanting around a simple overworld map, battling fantasy creatures on your way to defeat the evil Lord Bane.

OK, so it’s not the most imaginative of RPGs. But then there’s the combat. Yes, the gem-swapping that serves as the central element of combat may look awfully familiar. But the idea here isn’t simply to clear out the board or reach a certain number of points, as in Bejeweled. Instead, you’re aiming to match specific combinations: Matching three or more skulls results in a direct attack on your opponent; colored gems charge up your magic reserves for special attacks; and other pieces offer gold (to purchase gear to buff up your character) or experience to raise your character’s level more quickly.

So yes, it may sound odd, but it’s entertaining as hell, and as fiendishly addictive as the puzzle games it draws its inspiration from. But don’t take my word for it: You can check out a demo yourself right here. If that tickles your fancy, you can buy it instantly over Steam.

3. Sins of a Solar Empire 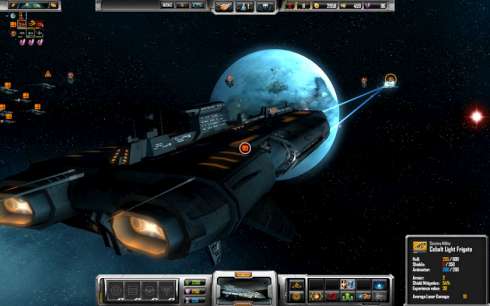 Netbook owners have the benefit of a solid decade of great real-time strategy games to draw from. RTS games tend to brush off fancy graphics in favor of a clear interface and user-friendly controls, and that means we get our pick of some of the best in the genre. But few recent RTSes have been as netbook-friendly as last year’s Sins of a Solar Empire, a vast game of galactic strategy that was designed specifically with older machines in mind.

Starting out in control of a single planet, you gradually branch out into different star systems, colonizing far-flung planets and harvesting their resources. Your growing dominion takes place in a lovely representation of 3D space, and managing your ever-expanding empire is unexpectedly smooth thanks to a user-friendly interface and a reasonable pace.

But “user-friendly” doesn’t have to mean “simple,” and Sins of a Solar Empire proves it with a wonderfully deep and complex tech- and unit-management system. However, Sins is disappointingly simple in one respect: It features no single-player campaign; instead, the game is structured entirely around multiplayer, and though the game includes computer-controlled opponents to battle when an internet connection isn’t available, the real meat of the game is online. But there’s a lot of meat there: Any given match can take literally hours to complete.

If galactic conquest is your cup of tea, you can check out a demo here, and download the full version at the official site. One big caveat, though: Though the game runs fine on underpowered machines, many of the menus are cut off at the standard netbook resolution of 1024 x 600. Fortunately, a user has developed a simple mod to work around the problem; you can grab it here. 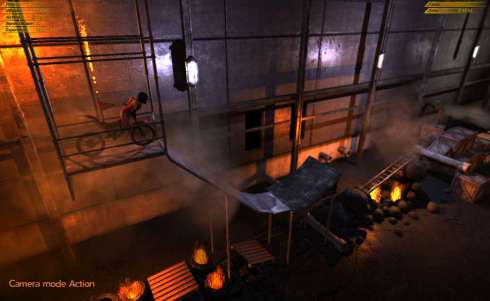 There is something about Trials 2 that I have a hard time putting my finger on. You start it up and it feels simple as hell: You’re just riding a dirtbike from point A to point B. You don’t even need to steer — just accelerate and brake, and lean forward and back to shift your weight.

But then the levels start getting more and more insane. And suddenly you’re hitting loops, bouncing off of exploding platforms, and planting your bike on ridiculously narrow ledges before revving off into space, landing with a bone-shattering crunch and somehow driving off.

It looks like a racing game, but what it really is is a platformer — one that, at its highest levels, requires an absurd amount of talent, skill, and/or luck. But that’s no reason not to recommend this slick, entertaining game. Blowing through the early levels isn’t much of a challenge, but that won’t stop you from heading back and trying to beat your best time. And then trying to beat that.

But don’t take my word for it. You can check out a demo yourself at the official site, and should you decide to purchase the full game, you can do so for ten U.S. dollars. Ten dollars! 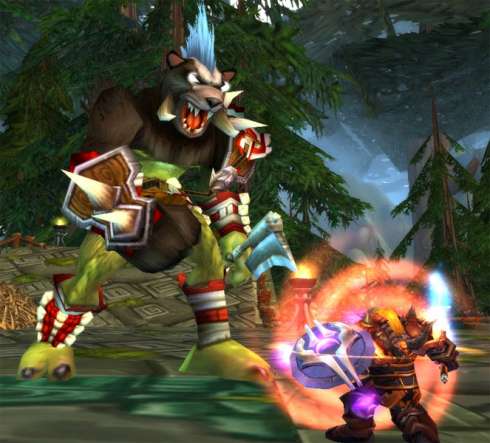 OK, perhaps WoW doesn’t precisely qualify as a recent game, but thanks to software updates and expansions this crackhouse of massively multiplayer role-playing goodness continues to devour hours from the lives of its millions of devotees. (And subscription fees from their wallets.)

In case you’ve somehow managed to remain innocent of this game’s dark influence, I’ll explain the concept: You build a character. You accept some quests from needy townsfolk. You kill some creatures. You get some nifty gear. This new gear lets you accept more challenging quests, to kill more powerful creatures, and get even niftier gear. Repeat for 80 levels and you’ve got the basic idea.

I’m obviously being flip here, but the truth is, WoW is a delightfully simple, devilishly addictive, and wonderfully social experience. There’s a reason millions of people happily drop a minimum of $13 a month for the pleasure of adventuring in Azeroth: It’s fun.

And it also happens to run just fine on a netbook with 1GB RAM. You’ll need to jump into the Effects tab of the settings page and turn everything all the way down, but thanks to the small screen of a netbook you’ll barely notice the difference.

You can sign up for a no-obligation, no-questions-asked, 10-day trial here. Best of luck getting away.

Got your own suggestions for diminutive gaming? Help out your fellow netbook users in the comments thread.