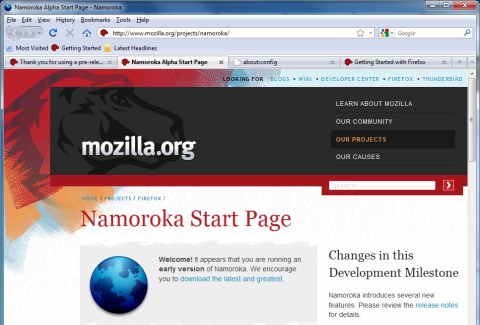 …It could be, based on reports over at the Mozilla support site. In a post on Nanotech, CNet’s Brooke Crothers talks about his own experiences with Firefox on a Macbook Air. Crothers notes that when opening multimedia-heavy pages (which typically include Flash elements) Firefox tends to cause a greater rise in temperature than Safari.

While it’s not quite as big a problem on larger notebook systems which sport beefier heatpipe coolers and fans capable of moving greater volumes of air, netbooks are more likely to feel the heat.

It’s a simple enough test to try yourself. Find a page with some Flash multimedia content – Cnet’s front page, for example – and fire it up on your netbook. Try first in Firefox and listen for your fan to kick in – then time how long it takes to cut out. Now try again with a different browser, say Internet Explorer or Chrome.

Crothers found Firefox logged up to 6 times the CPU utilization of Safari on the same page. Now, this could be OsX specific – being that Crothers’ own machine is a Macbook Air and his other mention is of a Dell Mini 9 user’s complaint about Firefox on a Hackintosh install.

On my Windows 7 system, however, the story is about the same. Firefox measures about double the CPU utilization of Google Chrome on the same page. With so many websites using so much Flash, it’s not hard to see how a prolonged browsing session on a cooling-challenged netbook could lead to an overheating problem.

What’s your experience? Is Firefox causing a bit too much fire on your netbook?

9 replies on “Is Firefox to blame for netbook overheating?”