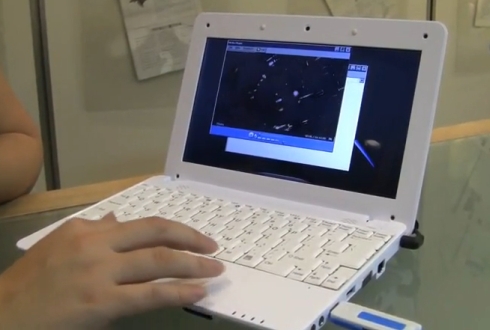 There’s no question that PC makers and wireless carriers are getting ready to unveil a whole slew of low power smartbooks with ARM processors and Linux, Google Android, or Windows CE operating systems. What is still in question is whether there’s any real demand for these devices.

I still kind of think that if you hand somebody a device that looks like a cellphone they won’t care what OS it runs as long as it does what they expect it to (make calls, maybe surf the web, take pictures, etc). And I think the same holds true if you hand somebody a device that looks like a laptop. The difference is that most people expect a laptop to be able to do things like run Office, Photoshop, and other programs that aren’t available for Linux. Sure, there’s OpenOffice, Firefox, GIMP, and even Skype. But unless users are ready to start using Linux on their primary computers, I don’t see them wanting to use these open source alternatives to Windows programs on the go.

That said, there are some pretty exciting things about smartbooks. They use very little power, so the batteries last for a long time. Many will feature always-connected capabilities so that you can receive emails and instant messages even when the laptop is closed. And as Nicole from Netbook News shows, some, like Inventec’s upcoming smartbook will feature the NVIDIA Tegra chipset which enables 1080p HD video playback while using 1W or less of power.

Inventec is looking for companies to rebrand and redistribute the smartbook, so it won’t likely have the Inventec name on it if and when it makes it to market. The laptop boots in just about 12 seconds and runs Windows CE. It has no on-board storage space to speak of, but you can run media from a flash drive or SD card. You can check out Nicole’s hands-on video after the break.