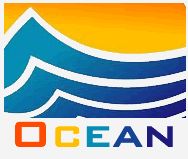 Most companies that want to put out a netbook take a safe and well traveled route, but putting out a machine with extraordinarily ordinary specs: 1.6GHz Intel Atom N270 CPU, 1GB of RAM, 160GB to 250GB hard drive, and Windows XP, Windows 7, or maybe a Linux distribution like Ubuntu or Linpus Linux Lite. Haleron isn’t most companies.

First, Haleron announced a netbook with two processors, and then the company introduced models with dual core (but single chip) CPUs. Both of those features are virtually unheard of in the netbook space. And now Haleron is shaking things up again with the promise of a new operating system due out on November 15th.

At it’s heart, Haleron’s Ocean OS is yet another Linux distribution. But Haleron’s playing up two key features:

Windows compatibility will come through WINE. If you’ve ever used WINE on a Linux computer, you know that means that some but not all Windows applications will be able to run on Ocean OS. There’s not much of an explanation on the project web site of the Android compatibility, but there’s been talk about Moblin Linux enabling support for Google Android apps, so it’s probably not surprising that we’re starting to see other Linux distros promise the same.

Ocean OS is based on OpenSUSE, and users will be able to choose from the KDE or GNOME desktop environment and the OS will support 3D desktop effects using Compiz Fusion or kwin/KDE4. You’ll also be able to run a boatload of open source Linux apps including OpenOffice.org, Firefox, GIMP, and PIDGIN. The OS will support WiFi, 3G, and Bluetooth wireless connections.