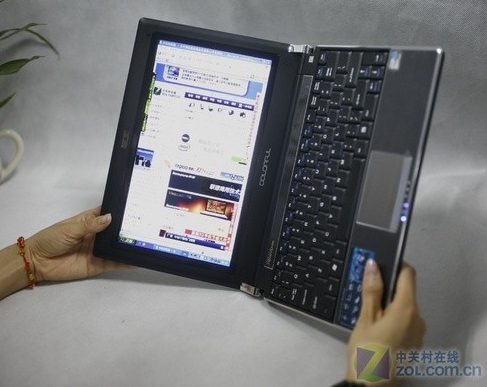 You might think that a netbook called the Colorful S101 NewYork was from, I don’t know, New York? But it’s actually a 10 inch mini-laptop from a Chinese PC maker.

The netbok’s one distinguishing feature is the fact that it has an accelerometer and software that will rotate the display when you hod the computer on its side. So while the S101 NewYork might not be as slim and light as a dedicated eBook reader such as the Amazon Kindle or Sony Reader, you can still kind of use it to read books or gaze at web sites in a 600 x 1024 resolution that they weren’t really meant to be viewed at.

The accelerometer also provides some shock protection for the hard drive. Basically, if the sensor detects that the computer is in freefall, it will shut down the hard drive temporarily in order to prevent damage in the event that your computer comes crashing down to the ground.