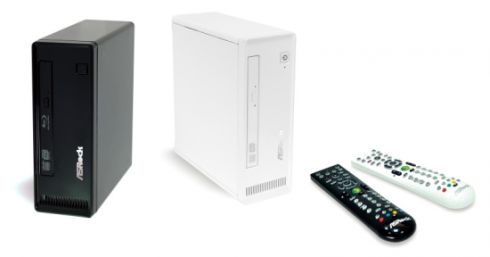 The ASRock ION 330HT-BD is the latest nettop from ASRock. It sports NVIDIA ION graphics and an Intel Atom 330 dual core processor, but that’s hardly enough to make this little computer stand out from a number of similar machines with virtually identical specs. But the ION330HT-BD also meets EuP 2.0 standards, which means it consumes less than 0.5W of power when turned off.

The folks at TweakTown picked up the new ION 330-HT-BD and they say that it it performs pretty much the same as the version ASRock released this summer. But the improved WiFi and other features make the new model worth considering. You can check out a TweakTown unboxing video which also features a peek below under the hood after the break.