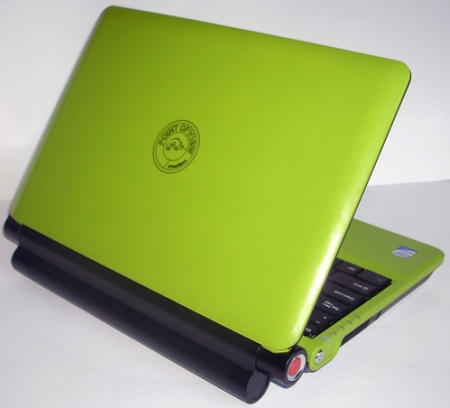 Two of the hottest technologies in the ultramobile space right now are high resolution displays and NVIDIA ION graphics. But while major computer makers including HP, Asus, and Samsung are putting out ultraportable PCs with 1366 x 768 pixel screens and ION graphics, most of those laptops feature 11.6 inch or larger displays. For the most part, the major PC makers aren’t putting ION graphics into 10 inch and smaller netbooks.

It’s not entirely clear whether this is because of pressure from Intel or Microsoft. I know it’s not coming from NVIDIA, which would like to see its graphics processors in all sorts of products. But it’s also possible that big name companies that sell expensive, high performance laptops and low cost, low power netbooks simply don’t want to blur the lines between these two product categories lest netbook sales cannibalize the sales of higher end systems.

And then there’s the Point of View Mobii ION 230. Point of View isn’t exactly a household name, but the company makes some graphics cards and other computer equipment. And the company’s netbook features a 10.2 inch, 1024 x 600 pixel display and NVIDIA ION graphics. Sure, a 1366 x 768 pixel panel would make more sense. But by cramming ION graphics into this small laptop, you can watch HD videos without transcoding them into a lower resolution first, and you can play some modern video games that would struggle on your typical Intel Atom/GMA 950 powered netbook.

The folks at Fudzilla have published a detailed review of the Point of View Mobiii ION netbook. While the CPU performance was about average, the ION graphics processor can run circles around your typical netbook when it comes to 3D performance. Fudzilla reports that Call of Duty 4 was able to play at about 25 frames per second.

On the down side, the netbook does get rather warm. And battery life kind of stinks. The laptop comes with a choice of a 3 or 6 cell battery. But the 6 cell, 4400mAh battery only provides about 3.5 hours of run time for web surfing over WiFi. If you want to watch a movie, the battery dries up after about 2 hours and 20 minutes. I wouldn’t expect much more than 2 hours of run time while playing video games either.