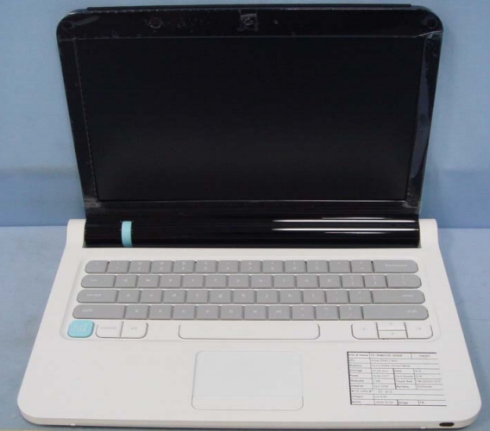 The Litl Easel is a low power laptop with a 12.1 inch, 1280 x 800 pixel display that’s set to launch on November 4th. But you can already find a ton of information about the computer including the user manual and a series of pictures on the FCC web site. In true FCC fashion, there are even photos of the computer’s innards.

The laptop will run a custom operating system and has very little RAM built in. Add that to the fact that Litl refers to the Easel as a “webbook,” and it seems pretty clear that the Easel isn’t supposed to be a PC replacement, but rather a device for cloud computing. As long as it’s got a web browser and access to web apps like Gmail, Zoho Office, and Picnik, what do you need a bloated desktop operating system for? OK, right… desktop apps are probably a must-have feature for a lot of users, but they’re clearly not the folks Litl is targeting this laptop at.

The Easel’s keyboard looks like it was designed for children, and there’s a decent chance it was. But the laptop does have one really nice feature — the ability to fold the screen down to what looks like a 270 degree angle so you can prop it up… like an easel, and watch videos. Of course, you could also watch videos with the laptop in clamshell mode, but then I suppose you’d have to acknowledge the existence of the keyboard.

While there are no pictures of the operating system yet, it looks like the OS is arranged as a series of “cards” that will allow you to perform different functions. For example, there are “web” cards representing web pages that can be opened in a Mozilla-based browser. There are also “channel cards” for widgets such as an alarm clock or news headline ticker. And there’s a “Family and Friends card” for communicating with your contacts.