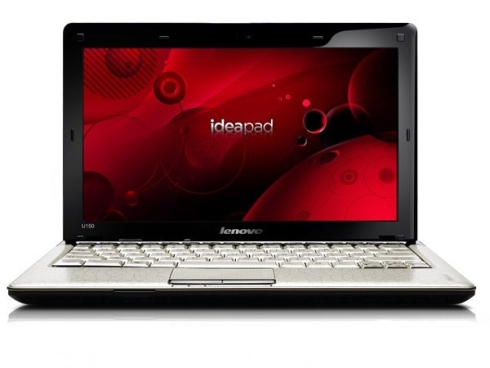 It looks like low power thin and light laptops 11 to 13 inch laptops could be the new netbooks. I’m on the fence as to whether these will completely replace netbooks over the next few years, but PC vendors are definitely starting to push out thin and lights like they’re the new hot thing… you know, like netbooks were last year.

The latest machine to make the scene is the Lenovo IdeaPad U150, which has an 11.6 inch display, an Intel Core 2 Duo dual core ULV processor, 2GB of RAM, 250GB hard drive, and Intel GMA X4500 graphics.

The laptop weighs less than 3 pounds, and measures just half an inch thick at its thinnest point. According to some images PC Watch snagged at CEATAC, the U150 also has a rather odd looking texture on the chassis covering the lid and palm rest area. You can find more pictures and a price (about $770 US) at Xmit.cc.

15 replies on “Lenovo U150 with dual core ULV processor spotted”