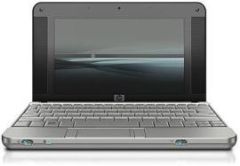 We already knew that you could add a Broadcom HD video accelerator to a Samsung NC10 netbook to enable 1080p HD video playback on a machine with a low power Intel Atom processor. But what about the HP 2133 Mini-Note? This is a machine that shipped with a low power VIA C7-M CPU which is generally more sluggish than Intel’s Atom processor and while most Atom netbooks can handle video at 720p resolutions, an HP 2133 Mini-Note tops out at 480p.

Chris from HP Mini Note PC found that adding Broadcom’s Crystal HD Enhanced Media Accelerator helped… a lot. With the Broadcom card installed, he was able to watch 720p and 1080p video on his netbook. It’s also worth pointing out that the HP 2133 was one of the first netbooks with a high resolution display to hit the streets. It has an 8.9 inch, 1280 x 720 pixel screen.

He even found that he could play Blu-Ray video as long as he paused for a few seconds to let the video buffer first.

Chris doesn’t provide step by step instructions, so you’ll want to make sure you know your way around the insides of your netbook before attempting this hack, and you’d best be cool with voiding your warranty. But the video results speak for themselves. You can check out two videos after the break or find more at HP Mini Note PC.

While the HP 2133 Mini-Note has been discontinued, you can find used models going for as little as $250 on eBay.

1080p video without the HD accelerator: