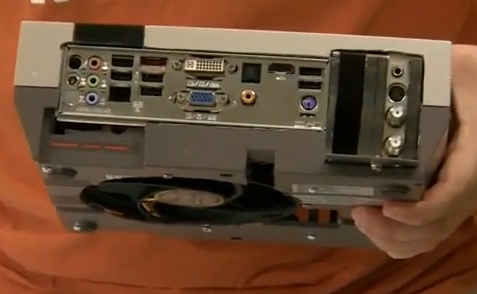 Sure, you could pick up a cheap nettop with NVIDIA ION graphics from Acer, Lenovo, Asus, Zotac, FunTwist, or any other number of companies. But what fun is that when you can build your own and put it inside an old Nintendo Entertainment System?

That’s exactly what YouTube user Drumboog is doing. It’s still a work in progress, but you can follow along by watching the 5-part (so far) video series.

Basically he removed the guts of an old NES and installed a Zotac motherboard with an Intel Atom 330 dual core CPU and NVIDIA ION graphics, a 64GB SSD, a Blu-Ray drive, a TV tuner, and a rather large case fan which should help keep things cool. Of course, the whole project is pretty cool.