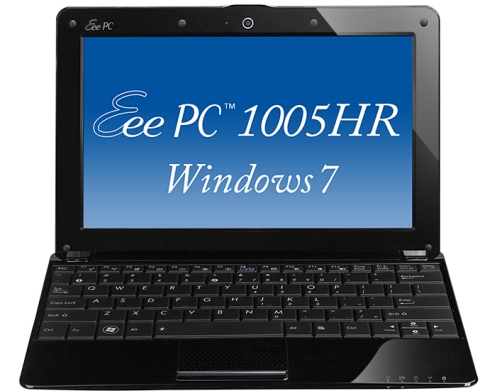 Asus practically invented the netbook category two years ago, and the company’s been busy pumping out 7, 9, 10, and 11.6 inch mini-laptops ever since. But while the Eee PC 1005HA is one of the most popular netbooks on the market today, there’s one feature it lacks that you can find in some competing products from companies including Dell, HP, and Lenovo: a high resolution display.

The Eee PC 1005HR should be available in Japan in November for 49,800 yen, or about $547. It will probably be cheaper if and when it ever gets released in the US.