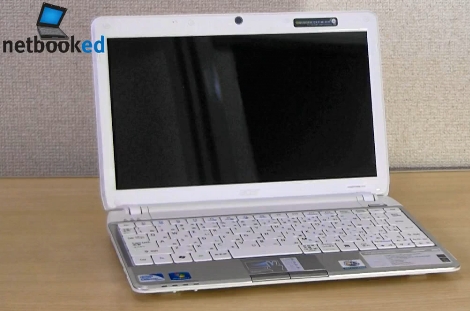 Acer has launched an updated version of the 11.6 inch Acer Aspire 1410 with Windows 7 Home Premium. While the model released a few months ago shipped for $450 with Windows Vista and a single core 1.4GHz Intel Core 2 Solo SU3500 processor, the new version packs a dual core 1.2GHz Intel Celeron SU2300 CPU. Oh yeah, and it costs even less, running just $399.99 at Amazon.

I’m still waiting for my demo unit to arrive, but the folks at Netbooked got their hands on the new Aspire 1410 today and they’ve got the unboxing video to prove it. You can check out the video after the break, but here are a few of the highlights:

What I really want to know is how the dual core SU2300 processor stacks up against the Core 2 Solo SU3500 CPU and the higher end dual core CULV chips found in the Asus UL30A and Acer Aspire Timeline 1810T series laptops.