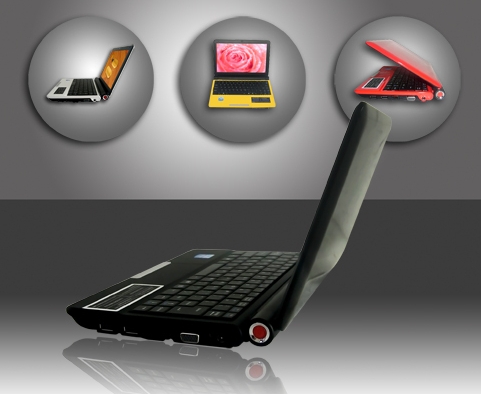 The Intel Atom N270 and N280 processors found in many netbooks support a feature called hyperthreading which causes the Windows Task Manager to report that you’ve got a dual core CPU even when you don’t. If you really want a dual core Atom chip you’re going to have to look to the Atom 330, which is designed for desktops, not laptops.

Or you can take a completely off the wall approach and develop a computer with 2 Intel Atom N270 processors instead of one. Of course, I’m not really sure what the benefit of having two completely separate processors would be, but as the folks at Wired point out, it would probably at least serve to shorten your battery life. You know, if you consider that a benefit.

I’m going to go out on a limb here and suggest that the Swordfish Net 102 product page is just wrong. I seriously doubt this computer actually has 2 processors, just like I’m reluctant to believe it has “dual Bluetooth” modules or an 83 key “keyborad,” because you know, that’s not an actual word.

Update: It looks like the netbook really does have two processors. The company explains on its web page that the dual processors function best under Windows XP, although the computer can also run Windows Vista or 7. The Swordfish Net102 gets about 2.5 hours of run time from a 3 cell battery.