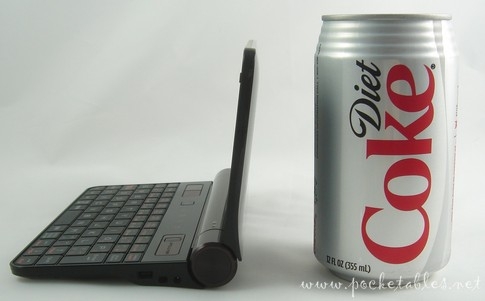 Every now and again I use the phrase “mini-laptop” to describe the 9 and 10 inch notebooks we’ve come to think of as netbooks. But the Sharp NetWalker PC-Z1 takes things to another level with a 5 inch display and full (but tiny) QWERTY display. And apparently the NetWalker has begun shipping, because Jenn at Pocketables has posted one of the first unboxing photosets I’ve seen.

What’s a bit astonishing is that this tiny laptop running Ubuntu Linux isn’t the smallest clamshell device out there. Jenn also takes the time to compare the NetWalker with the UMID mBook M1 which is even smaller and looks more like a smartphone with a larger-than-average keyboard tacked on. The NetWalker dwards the UMID, but it’s still miniscule compared with a typical netbook and my guess is that touch-typing is going to be out of the question.