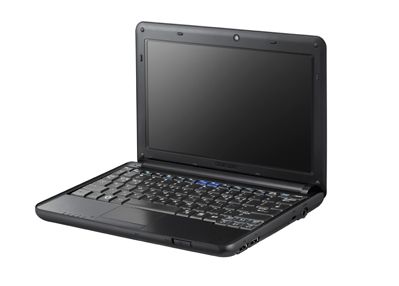 Samsung is introducing two new 10.1 inch netbooks in Russia. From the photos, it looks like the Samsung N130 and N140 are a cross between the Samsung Go and N110. I can’t tell for sure from the pictures, and my Russian is rusty nonexistent, but it looks like base of the netbook has a rubberized finish, a la the Go. The keyboard and touchpad also look like the Go’s, but instead of an edge to edge piece of glass, the screen seems to be a more traditional display with a plastic bezel around the edges, like the one on the Samsung N110.

Update 2: According to CNET, Samsung claims the N140’s battery will last up to 11 hours.

Update 3: Netbook News.de reports that the laptops will ship with Windows 7 Starter Edition.

Update 4: It looks like the N130 case isn’t rubberized, just a bit rounder than earlier Samsung netbooks. It still looks a bit like the Samsung Go case to me.

via Netbooked and Gadget Folder