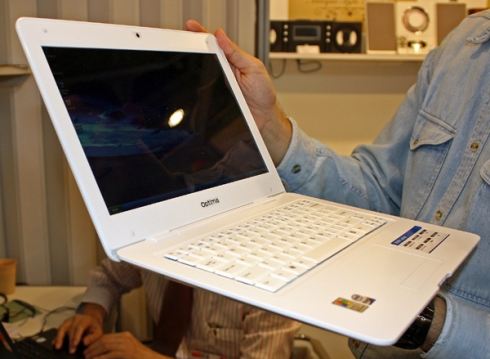 Chinese computer maker Optima showed off a rather sexy looking 12 inch laptop at IFA in Berlin recently which is either one of the thinnest laptops I’ve ever seen, or is at least designed to look ridiculously thin. I haven’t seen the official specs yet, so I’m just going to go on gut reaction for now and say, this thing looks pretty sweet. A larger keyboard would be nice though.

Normally this is the sort of computer I would say we’re not likely to see outside of China anytime soon. But Optima was showing it at an international trade show, so there’s a chance a Western company could pick it up, rebrand it, and sell it under a different name in the US or Europe.

One reply on “Optima unveils a super-thin 12 inch laptop”