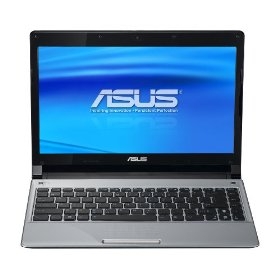 The Asus UL30A is the first laptop from Asus with an Intel CULV processor. In the US, this 13.3 inch slim and light laptop sports a dual core 1.3GHz Intel Core 2 Duo SU7300 processor. That’s the same CPU you’ll find in the soon-to-be-released 12 inch Asus UL20A, but since Asus is only sending out demo units of the 13 inch version, we’ll have to settle for a flurry or reviews of the one that’s might similar to the one I really have my eye on.

I should be getting my hands on a UL30A soon, but in the meantime here are some reviews from other sites I know and trust:

It’s worth pointing out that Laptop Magazine and Notebook Review both managed to squeeze between 9 and 10 hours of battery life out of the laptop, while Hot Hardware claimed the battery died after just 4 hours and 53 minutes. The difference? The first two used real world tests while Hot Hardware ran Battery Eater Pro, a test which is designed to put maximum strain on the CPU. I’ve been using this test for a while in my reviews because it’s easier than monitoring the battery life manually, but it’s never been all that accurate a predictor of real world usage and I’m thinking about phasing it out. Nobody managed to get the 12 hours of battery life promised by Asus, but I suppose if you turned off the WiFi and dimmed the screen it might be possible.