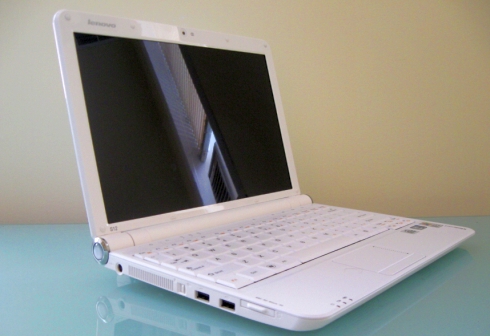 The Lenovo IdeaPad S12 is a 12.1 inch laptop with a 1280 x 800 pixel display. Right now, it’s available either with an Intel Atom CPU and integrated graphics or a VIA Nano processor and integrated graphics. But Lenovo has been promising since day one that the laptop would eventually be available with the NVIDIA ION platform as well, which combines a low power Intel Atom processor and NVIDIA GeForce 9400M graphics.

But the release date of the ION-powered S12 has been pushed back several times, and today Gizmodo is reporting that Lenovo doesn’t plan to release that configuration until after Windows 7 is available. Since the operating system officially launches, that means you probably won’t be able to get your hands on the ION version of the IdeaPad S12 until late October at the earliest.

That’s the bad news. The good news is that this makes it seem likely that the S12 will have NVIDIA ION, and not NVIDIA ION LE. Samsung is scheduled to launch the Samsung N510 11.6 inch laptop with NVIDIA ION LE graphics in September, but the LE signifies that this computer won’t be able to handle DirectX 10 graphics. That’s not a big deal if you’re running Windows XP, since that operating system doesn’t support DX10 anyway. But Windows 7 packs DX10 support, as does the more expensive version of the NVIDIA ION platform.

It’s worth noting that Samsung is rumored to have several versions of its upcoming ION powered laptops in the works, so it’s possible that you’ll be able to get one with DirectX 9 support in September, and a version with DX10 support after Windows 7 is release in October.

You can read my review of the Intel Atom/integrated graphics version of the Lenovo IdeaPad S12 here.