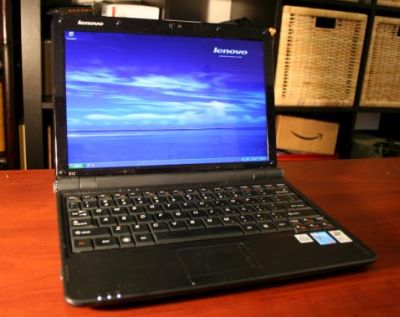 The Lenovo IdeaPad S12 laptop is available with a choice of an Intel Atom or VIA Nano processor. And while Lenovo plans to make a third option, with an NVIDIA ION chipset that combines the Atom CPU with an NVIDIA GPU available, right not it looks like if you want HD video performance, you’re better off going with the VIA Nano version… which also happens to be about $70 cheaper.

I reviewed the Intel Atom-based version of the S12 recently, and while the 12 inch, 1280 x 800 pixel display is great for displaying web pages and images, the Atom processor isn’t really up to the task of pumping out HD video or high quality Flash video on that screen.

CrunchGear, on the other hand, discovered that the version with a 1.3GHz VIA Nano CPU can handle 720p video in WMV, DivX, XviD, Quicktime, and MP4 formats. The laptop still has issues playing HD Flash video in full-screen mode. But it can reportedly handle standard definition Hulu content.

On the down side, the VIA Nano CPU uses more energy than an Intel Atom processor. And while I was able to get about 5 hours of run time from the Atom powered version of the laptop, the VIA Nano model tops out at about 4 hours.