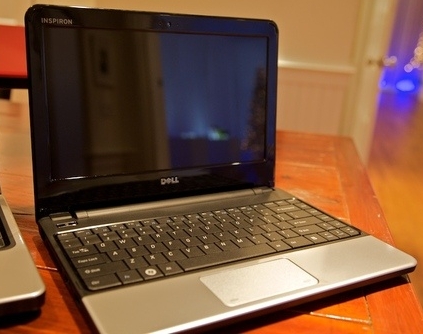 It looks like someone let Gizmodo’s Matt Buchanan run wild through the halls of Dell HQ, or possibly a hotel conference room where some Dell employees set up a brief demo. Either that, or someone sent Gizmodo a few undercover shots. Either way, Gizmodo has published some of the first photos of Dell’s upcoming Inspiron Z-series laptops including an 11 inch model that will likely fill the shoes of the recently retired Dell Inspiron Mini 12.

Buchanan says he can’t share any real details about these laptops yet, but it sounds like these laptops will use Intel’s CULV processors which provide a bit more oomph than you get from the Intel Atom chips in the Mini 12 and Dell’s 9 and 10 inch netbooks.

Gizmodo has also published some tantalizing pictures of a tiny new desktop called the Inspiron Zino HD which looks to me like an NVIDIA ION-powered nettop. I mean, it’s possible it doesn’t have the NVIDIA ION platform which bundles an Atom CPU with an NVIDIA GPU. But whatever this little guy has on the insides, you can clearly see an HDMI port on the back, which should indicate that it’s capable of handling HD video playback. 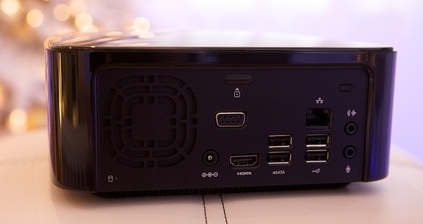