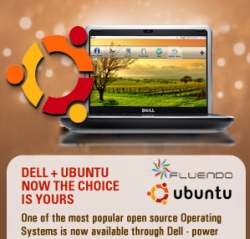 Once upon a time, about a year ago, there was a big dustup over the return rates of Linux netbooks. Basically, a few folks at MSI, Canonical, and a few retailers indicated that users were more likely to return Linux netbooks than mini-laptops running Windows. Intel eventually jumped in and pointed out that another major problem is that netbooks often weren’t marketed and described properly and so return rates were highest among customers who didn’t really understand what they were buying.

Nonetheless, Microsoft has been pretty happy to go around claiming that Linux netbook return rates are higher, and that this is evidence that most people want Windows on their netbooks and other computers. But according to Dell’s senior product marketing manager Tood Finch, Dell hasn’t seen any evidence of higher return rates for Linux netbooks.

Dell was one of the early champions of Linux on netbooks. By preloading the laptops with the free and open source operating system, Dell can help keep the prices low, which helps keep the company’s netbooks competitive. The Dell Inspiron Mini 9 and Inspiron Mini 10 are both available with Ubuntu, as are several o the company’s higher end laptops.

Finch says some customers do return Linux notebooks if they get them home, open the box and are surprised to see an unfamiliar operating system. But that’s a marketing problem, not a technical issue. Customers who know what they’re getting seem to be fairly satisfied.

5 replies on “Dell: Linux, Windows netbook return rates are about the same”