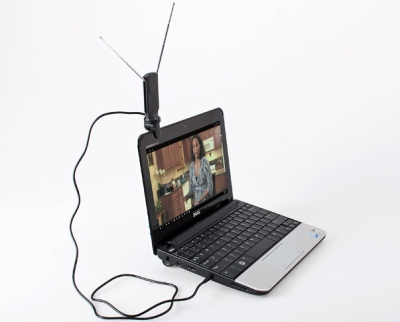 The Dell Inspiron Mini 10 is the only netbook I’m aware of that comes with GPS and built-in TV tuner options. But is it worth shelling out the extra cash for those features? The folks at Laptop Magazine took a TV tuner-equipped Mini 10 for a spin. The verdict? It does a pretty good job of picking up TV signals, at least if you’re sitting close to the broadcast towers.

The reviewer was able to pick up 22 digital stations by using the laptop outdoors a few blocks from Times Square in New York City. And that’s without using an external antenna.

I’m pretty sure most of the broadcast towers in that area are on top of the Empire State building, so the signals didn’t have to travel very far. But it’s still pretty impressive, and the picture quality was reportedly pretty good, while the video was a little choppy.

The netbook featured in the review didn’t have a GPS receiver, but it did have a high definition 1366 x 768 pixel display. Unfortunately, the Intel Atom Z530 CPU and Intel GMA 500 graphics had trouble pumping out 720p WMV video to fill that display.

I’d be interested in seeing how well Dell’s TV tuner would perform with a netbook that has an Intel Atom N270 or N280 CPU. I borrowed a friend’s USB TV tuner and plugged it into an Asus netbook with an Atom N270 CPU a few weeks ago, and it was able to handle ATSC HD video signals without a problem. Of course, the netbook also had a lower resolution 1024 x 600 pixel display, so you wouldn’t really notice whether you were watching SD or HD video.