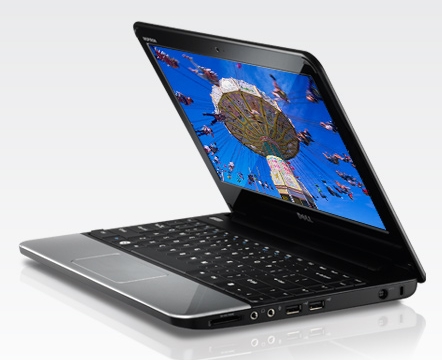 When Dell launched the Inspiron 11z laptop a few weeks ago, it had a low $399 price tag, which meant you could pick up this 11.6 inch laptop with an Intel CULV processor, 1366 x 768 pixel display, GS45 integrated graphics, 2Gb of RAM, and a 250GB hard drive for about the same price as many netbooks.

But this weekend Dell tweaked the price, first raising it to $524 for a few hours before settling at $449. That’s still a pretty good price for a laptop this small and light, but the sudden price change ha’s left a lot of potential customers scratching their heads.

According to Laptop Magazine, a Dell salesperson indicated that the price change is because the new models have an improved WLED display. But some users are reporting that they’ve been told the original $399 price was a limited time promotion.

Either way, the Dell Inspiron 11z is now the same price as the Acer Aspire 1410, another 11.6 inch laptop with a CULV processor. There are some differences. The Aspire One has a 1.4GHz Intel Core 2 Solo CULV SU3500 processor while the Inspiron 11z has a 1.2GHz Intel Celeron 723 CPU. And the Acer laptop has a 6 cell, 48Whr battery while the Dell model has a 3 cell, 28WHr battery.