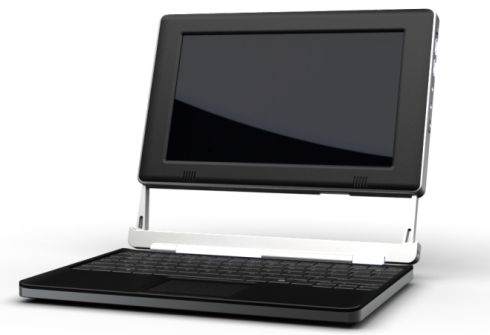 Always Innovating is beginning to ship the Touch Book to customers who placed pre-orders. The Always Innovating Touch Book is a cross between a netbook and a tablet PC. The base unit, which sells for $299, is a low power touchscreen tablet with an 8.9 inch, 1024 x 600 pixel screen and TI OMAP3530 CPU. For another $100, you get a keyboard that you can slide the tablet into for use as a standard laptop-style netbook.

The Touch Book uses a custom Linux distribution, which Always Innovating describes as beta software that is still under construction. The company plans to offer support for other operating systems including Google Android or Moblin in the future.