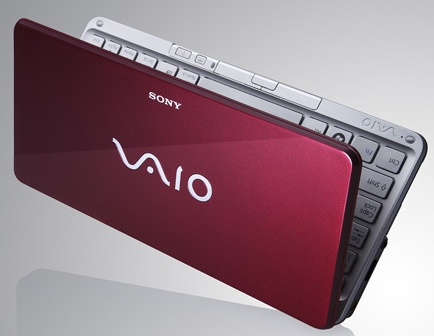 The Sony Vaio P is an interesting animal. It has the basic guts of a netbook, but it’s smaller, lighter, and generally has a better build quality than most netbooks. It also has a slow Intel Atom Z520/Z530 CPU and a screen ridiculously wide aspect ratio of 1600 x 768 pixels, which is somewhere around 21:10. Oh yeah, and it also costs about twice as much as most netbooks.

But for some reason people are still buying them. Because while Sony tells Techradar that sales aren’t “through the roof,” the company is already planning its next-generation Vaio P, which would seem to indicate that the company’s at least somewhat satisfied with the device’s sales in niche markets.

So what will be new in the Sony Vaio Mark 2? Reportedly the new model will have a faster startup time, and well… that’s about all we know right now. Techradar reports the new model should be out in October, which is also when Microsoft is expected to release Windows 7 to the public. Coincidence? Yeah, probably not.