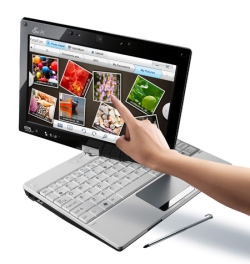 Like pretty much every other computer maker (with the exception of Apple), Acer and Asus have released a few netbook models in the first half of 2009. But according to a report in DigiTimes, that’s going to be it for this year. Don’t expect these companies to launch new models before the holidays, because DigiTimes mysterious “industry sources” say that Acer and Asus are going to wait until 2010 when Windows 7 and Intel’s new Pine Trail-M Atom chips are available.

In the meantime, Acer and Asus will focus on larger and higher priced, but still relatively thin and light laptops. Some of these models will likely use Intel’s CULV (Consumer Ultra Low Voltage) processors instead of Atom CPUs.

Asus is still expected to launch the Eee PC T101H before the end of 2009. But I think DigiTimes isn’t really counting that one, since Asus first announced that model more than 7 months ago at CES. And Asus has already introduced a handful of models including the 11.6 inch Eee PC 1101HA in some markets, but not others. So I wouldn’t be surprised to see that particular model show up in the US before the end of the year. DigiTimes also suggests that Asus could bring a Google Android netbook to market by year’s end, but I’m not going to hold my breathe waiting for that one.

The report also indicates that Acer is either delaying or cancelling the launch of a netbook that had been expected to dual boot Windows and Google Android.

Update: An Acer spokesperson tells IDG News that the company is still on track to launch a netbook that dual boots Windows and Android in the third quarter of 2009.