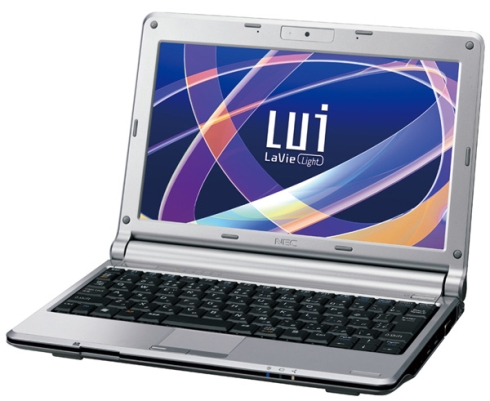 NEC has introduced yet another netbook, the LaVie Light Lui. Based on the fact that I have yet to see a single NEC netbook hit US shores to date, I’m going to go out on a limb and predict that this one might hit Asia and/or Europe, but probably not US shores.

NEC designed the netbook to work with its Lui remote desktop system, which means you can login to a Lui home server with the LaVie Light Lui.