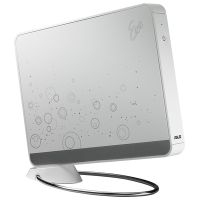 One of the selling points for netbooks and low power nettop-style desktop computers is that they’re generally cheaper than more powerful computers. But while cheap may technically mean the same thing as “affordable,” Intel would prefer that companies selling Atom-based nettops refer to them as affordable, rather than cheap.

Because let’s face it, “cheap” carries certain connotations. If someone tried to sell you a “cheap” car or house, you might be skeptical. But “affordable,” that’s OK, right?

Of course, that’s not to say that there aren’t downsides to affordable nettops. Sure, they have slow processors and relatively small hard drives that help keep the price down while providing decent enough performance today. But do you really expect to continue using a nettop you buy today 3 or 4 years from now? Will it be fast enough to run the software you want it to then? Will all the components still be in working order?

10 replies on “Intel: Atom-based nettops are “affordable,” not “cheap””