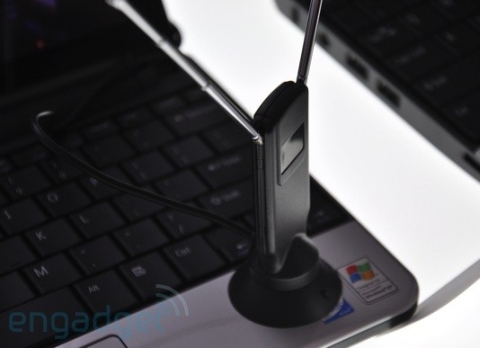 Dell began offering Inspiron Mini 10 customers a chance to configure their netbooks with internal TV tuners a while back. There’s just one problem: the tuner is useless without an external TV antenna, and apparently anyone who received a netbook with TV tuner before June 24th didn’t get an antenna.

According to some folks at the MyDellMini forums, it looks like Dell has finally realized its mistake and future customers should be all set. If you’re on of the people who bought the netbook without a tuner, you might want to contact customer support though, as it looks like the company is sending out antennae to some existing customers. At least one person reports that Dell promised to send him a USB TV tuner which will include an antenna he can use… thus leaving him with two TV tuners for the price of one.