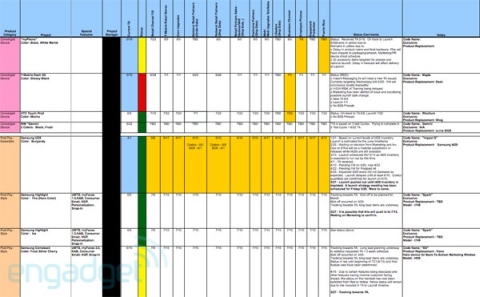 It looks like T-Mobile could be the latest US telecom to begin offering subsidized netbooks to customers who sign up for long term 3G wireless data plans. Verizon and AT&T are already offering a handful of netbooks in stores and over the web. Now Engadget has obtained a leaked product roadmap that shows a number of upcoming phones, smartphones, and a 3G USB dongle for laptops. There’s also a bit of information about two netbooks.

The first will be a Dell netbook that will begin shipping on October 13. No word on which model, but my money would be on the Inspiron Mini 10 or Mini 10v at the moment. But there’s still plenty of time between now and October 13 for Dell to introduce something new.

There’s also another device with the codename “netbook” that should be available on November 11. It looks like this product will be a T-Mobile branded device, and Engadget speculates that it could be an ARM or even NVIDIA Tegra-based device from an ODM.

One reply on “T-Mobile to carry netbooks in the US?”