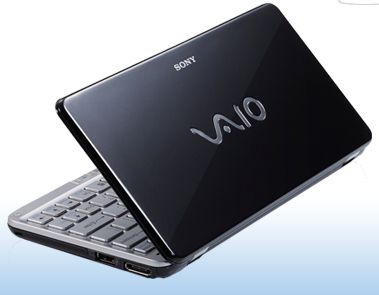 Sony is slowly turning its Vaio P mini-laptop into… well, into every other netbook out there. While the little laptop is smaller, lighter, and vastly more expensive than most netbooks, the other things that set it apart from the crowd when Sony launched the Vaio P earlier this year were the fact that it ran Windows Vista instead of XP and included a power-saving 1.33GHz Intel Atom Z520 CPU instead of the more common (and moderately more powerful) 1.6GHz Intel Atom N270 processor favored by most netbook makers.

Well, a few weeks ago Sony began offering Windows XP. And now US customers can get it with a 1.6GHz processor. It’s not clear what processor that would be, but my guess is it’s the Atom Z530 which is faster than the Z520, but still not quite as effective at some tasks as the more power-hungry Atom N270.

Unfortunately that faster CPU is going to cost you. The cheapest Vaio P available with that options runs $1,499. Meanwhile, it doesn’t even the fastest version of the Intel Atom Z5xx processor. Japanese customers can purchase a model with a 1.86GHz Atom Z540 CPU.