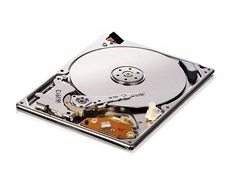 Samsung has reportedly halted development of 1.8 inch hard drives. And while Digitimes reports that this could “hamper” the shipments of netbooks and ultrathing notebooks int he short term, it could be a good thing in the long run. Because let’s face it, 1.8 inch hard drives are kind of crappy.

Sure, they smaller than your typical 2.5 inch laptop hard drive, which lets you cram them into smaller spaces like iPods or tiny netbooks. But they’re also generally a lot slower than their big brethren, spinning at 4,200 rpm or less. In some situations, you’d hardly know the difference between a 4,200 rpm disk and a 5,400 one. But when it comes to activities like copying large files, every little bit helps, especially when you’re using a netbook which has a relatively slow processor.

According to DigiTimes Samsung and Toshiba are the only two major companies producing 1.8 inch hard drives, so Samsung’s decision to pull out of this market could have a major impact.